Tasks of the national coordination point

Participation in the network of national EQF coordination points. 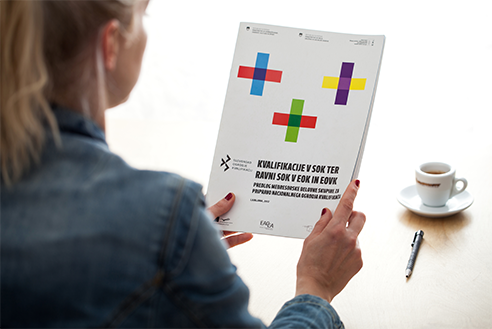 Your personal data will be kept safe in accordance with the valid legislation from the date of your confirmation until the date of your cancellation of your consensus to receiving the newsletter. All data on this formular, you can at any time voluntarly change, delete (»the right to be forgotten«), transfer, request to view it, limit it's processing or file an objection. From the National Coordination Point for SQF-EQF you can at any time demand that it permanently or temporarily stops using your personal data. In this case you can contact the CPI's authorized person for protection of personal data via e-mail info@nok.si.

By checking the checkbox you give  your consensus to your personal data under the terms and conditions of the new legislation (GDPR).

By subscribing to our newsletter you agree to receive free e-mail communications from CPI. The aim of our newsletter is to keep visitors to the website, partners, clients and the general public informed of the work CPI does, its new projects, developments, upcoming events as well as news concerning the Slovenian Qualifications Framework. The frequency of the newsletter issues will be at most monthly, with possible exceptions for unscheduled yet important news. We reserve the sole right to either modify or discontinue the newsletter, at any time and without notice to you. We take your privacy seriously and will never communicate or sell your information to third parties. You can unsubscribe from the newsletter at any time. You also agree, that a newsletter services, such as MailChimp, can be used to send out the newsletter from the National Coordination Point for SQF-EQF in accordance with their terms and conditions.